Robert C. Ritchie was born in Dunfermline, Scotland and received his early education there and in Toronto, Canada where his family migrated after World War II. His family continued to move west, and he finished high school in California. He went on to receive his A.B. from Occidental College and his Ph.D. in History from the University of California, Los Angeles. His specialty is Early American history, especially the seventeenth century, but he also has a strong interest in early modern England. In 1969, he became a member of the History Department at the University of California, San Diego, where he went through the ranks to full Professor. From 1986 to 1990, he joined the administration, where he served as Associate Chancellor. He left UCSD in 1992 to become the W.M. Keck Foundation Director of Research at The Huntington. He retired from that position in 2011 and is now Senior Research Associate at the Huntington.

He has received a number of awards and fellowships from the Regents of the University of California, the Danforth Foundation, American Council of Learned Societies, and National Endowment for the Humanities. He is a member of the Royal Historical Society and the American Antiquarian Society. He currently serves on a number of Boards and Committees including the Executive Board of the Omohundro Institute of Early American History and Culture at Williamsburg, the Executive Committee of The Thomas Jefferson Papers, the advisory council of the Mt. Vernon Ladies Association and the Humanities Panel of the Research Excellence Framework for 2014 in Great Britain. I have also served on numerous committees for history associations such as the AHA and the OAH. 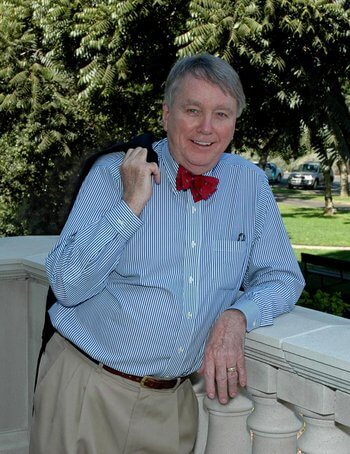 Among his major publications: The Duke's Province: A Study of Politics and Society in New York, 1664-1691 and Captain Kidd and the War Against the Pirates, which was translated into Italian and Portuguese. Most recently, he directed a major database project to make available the demographic records of the California missions. He is currently working on a book on beach culture from Rome to the present day.